We talk about one of our favorite ladies of horror lit plus a couple of authors who have generated their own personal horrors.

It’s a very important time of year for us—Halloween! And in our second episode to hail this heinous season, we have important topics to discuss. Though we would love to compile list upon list of our favorite horror writers, we have decided to highlight one we love and a couple…others. AND! Speaking of horrors! You get to hear Corinne do the door chant she used to greet freshmen in her college sorority. Fortunately, it’s not as scary as this one.

As we enjoy wine-drinking and dog-petting, we share our Halloween hopes and dreams. Corinne, for instance, aspires to be the house on the block that has the king size candy bars. We also talk about the worst (non-poisonous) things to give to kids on Halloween, including a very cruel Jesusy bait-and-switch Emily experienced as a child. And for the record, Jesus would not have approved of it.

OMG—it’s our 31st episode and also our Halloween episode?? We didn’t even plan it! In any case, we reveal our topics for the night: two witch-adjacent subjects and an ongoing Twitter horrorshow.

Shirley Jackson is the star tonight, a true queen of horror literature. Also a Sagittarius! Most of our sources come from Ruth Franklin, author of Shirley Jackson: a Rather Haunted Life. We give background on Jackson’s childhood denying the life of a beauty queen as well as how she had to deal with a controlling philanderer husband.

The discussion of Jackson’s financially abusive husband has inspired the reminder that this is domestic violence awareness month. If you need support, click here, or call the National Domestic Violence hotline at 1-800-799-7233.

Combine mommy issues, a total contempt for the suburbs, motherhood, and agoraphobia, and you’ve got rich fodder for 6 novels and 200 short stories. Also, despite her setbacks, Jackson enjoyed herself being a casual witch, reading tarot and putting curses on Alfred A. Knopf. Yes! This Alfred A. Knopf!

We get into the short story of Jackson’s that caused the biggest kerfuffle: The Lottery. Corinne also recommends the story collection “Dark Tales” for Halloween reading, particularly “The Possibility of Evil.” It brings to mind the Circleville Letter Writer and also The Watcher. Yeah, enjoy that rabbit hole!

Ok! The Lottery was the subject of HUNDREDS of letters to the New Yorker, characterized in Jackson’s words by “bewilderment, speculation, and plain old-fashioned abuse.” Ursula Le Guin’s father was particularly upset that Jackson didn’t write a full ethnography to explain the history behind her short story. Because that’s a thing short story writers are expected to do on the regular.

Pro tip: If you’re getting married in a month, don’t watch Revolutionary Road. Regardless, Corinne fully endorses Richard Yates and his exploration of the suburbs’ seedy underbelly.

Lit majors! Please educate us on the history of the punchy twist ending in short stories. We have no idea when that trend started. Also, which Shirley Jackson film adaptation do you think is best?

We discuss the horrors of Joyce Carol Oates, a classic Gemini and an author of 40 books and 20 novellas. From her rapey short stories to her one-off novels based on real-world crimes, her works tend to generate an overarching grimey feeling. Emily talks about the self-published true crime books that were passed around in 7th grade as well as how Oates’s book Wonderland damaged one of her friendships. Also! Find out the connection between Jeffrey Dahmer and ducklings!

We get into the nitty-gritty of Joyce Carol Oates’s racist grandma tweets, rife with em dashes, ampersands, and Islamophobia. (Pamphlet feuds and flame wars make a comeback, too.) Also…we need to talk about her keyboard. Because oh my god. 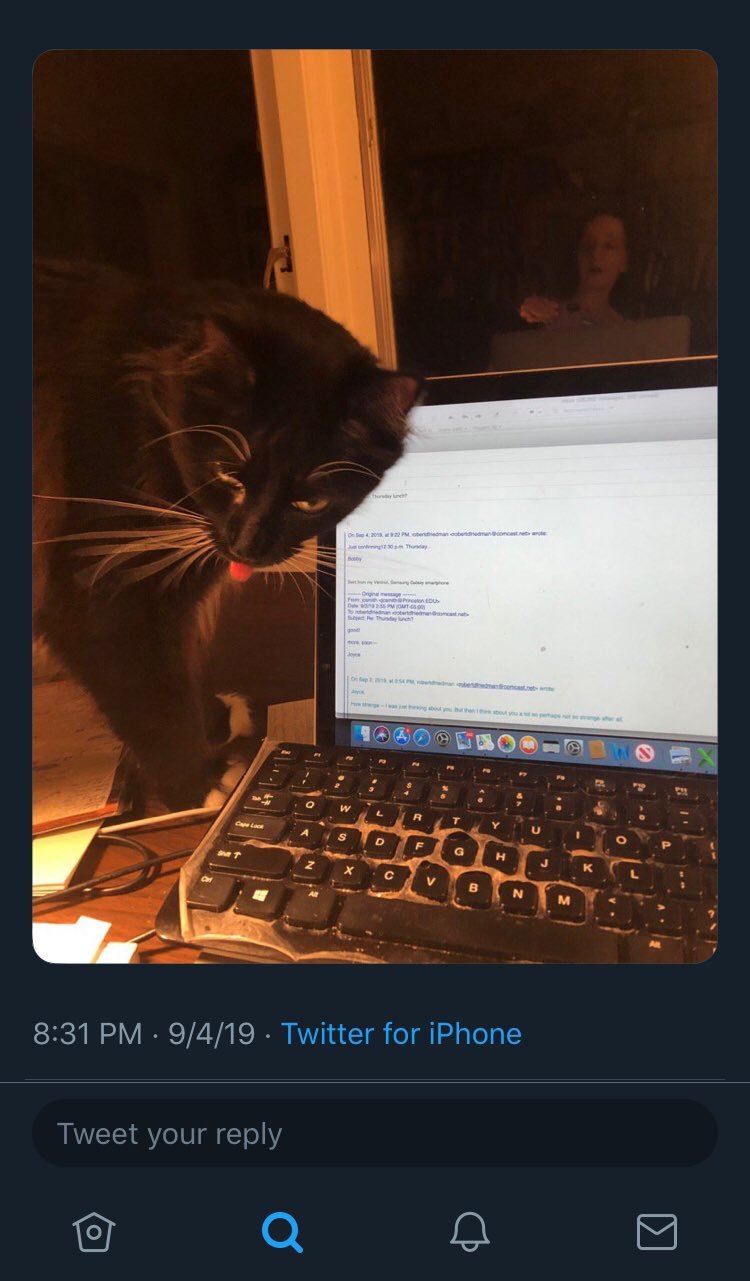 Pagan exploitation in Witches of America is our next topic. After creating her documentary, American Mystic, journalist Alex Mar put together a book that was supposed to delve into the experience of, well, witches in America. Unfortunately, she ended up with some problematic descriptions that her subjects were not happy about. Perhaps she was uncomfortable with their nudity? Which, like, why are you going anywhere near pagans with that attitude? Everyone knows that the first rule of pagan club is TAKE YOUR DAMN CLOTHES OFF.

We talk about our need to read more horror written by women of color. Emily is remedying this by reading Fledgling by Octavia Butler. We also talk about our interest in, Her Body and Other Parties by Carmen Maria Machado, even though we’re kind of scared to read about “The Husband Stitch.” You can Google that particular topic yourselves.

Corinne is currently reading Smoke Gets in Your Eyes by Caitlin Doughty. If you want to hear from another one of her fans, go check out Episode 16 where we interview library assistant Chris Curran.

Hybrid Pub Scout is connecting a community of readers, writers, and publishing professionals to build a better publishing world. Sign up here for free podcast updates and news about all the amazing projects that our contributors are putting out.

Be a part of our growing community of readers, writers, and publishing professionals who are working together to create a better literary world!